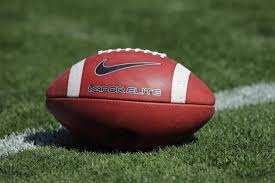 South Texas Friday Night Lights means football (American Football). The high school where I work as a counselor had a winning game.

I have read that the origins of American football can be traced to early versions of rugby football and association football. Both games have their origin in varieties of football played in Britain in the mid-19th century, in which a football is kicked at a goal or kicked over a line,