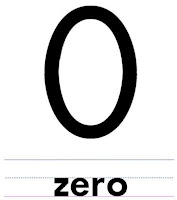 This post is about "nothing." Actually, it's about zero. Even as a young boy I liked to figure out what Roman numerals represented. When I went to the movies I would watch for the Roman numerals in the opening credits, waiting to capture the date of the film's production. It was not until much later as an adult when I learned that the Roman numeral system did not have a "zero" and that was one of the reasons the Roman numeral system gave way to the Arabic number system. I think Roman numerals on the face of a man's wristwatch is very cool looking. The first people to use a numbering system were the Sumerians, 4,000 to 5,000 years ago. In the Americas, the Mayans developed zero as a placeholder around A.D. 350, and they also developed a calendar that was exact. And now, the practice Italian script.