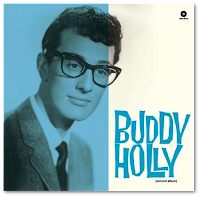 I thought about Buddy Holly because a man was wearing a "Rock & Roll" shirt at a gathering. Charles Hardin Holly (September 7, 1936 – February 3, 1959), known as Buddy Holly, was an American musician and singer-songwriter who was a central figure of mid-1950s rock and roll. He was born in Lubbock, Texas. I clearly remember the song, "Peggy Sue." Buddy's musical group become known as Buddy Holly and the Crickets. (Now for a short, practice script in Italian . . . grammar corrections are welcome.)